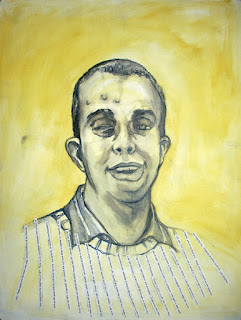 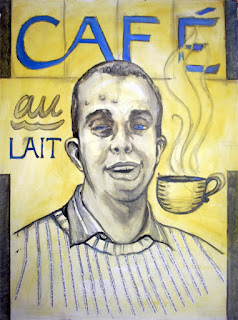 The term Café au lait is French. It translates to "coffee with milk". Most people upon hearing the word assume that it is time to order at Starbucks. If ordered, you will receive a dark French coffee with milk added to it. When that combination happens a light tan color forms.

The term means something completely different within the NF Community. The term is used specifically because it describes that tan color of birthmark seen on people who have NF. Specialists initially used the term as an adjective to describe the type of birthmarks that are NF indicators. So, you would hear people say Café au lait spots. Now the term has evolved from an adjective to simply a noun as in "My child as about 15 cafe au laits around his torso". This word change is very common if someone is familiar to the disorder, it is very strange when someone is not. So, if your child has been diagnosed and the geneticist is talking to you about how many cafe au laits you think you might have, there is a slight awkward pause until he or she realizes that they need to redefine the word in medical terms.

The first time I heard it, I felt the genetic counselor was going to walk in with a tray of hot coffee and milk for all of us to sip while we discussed neurology. That has always stuck with me. So, using David again, as my model, I decided to start my Cafe au lait painting, similar to the signs you see for coffee shops. In his sweater folds, I have cut out the entire section of the NF pamphlet that discusses the need for at least 6 or more cafe au lait spots in order to help confirm the diagnosis. 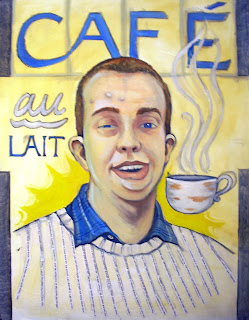 I went ahead and painted in his face but left the sweater alone for the most part. The background will be left intact, as I want it to look similar to those painted signs and also those be reminiscent of those silly ads from the 1950s. You remember those ads where there would be some grinning good looking man smiling with a nice hot cup of coffee near him and a cheery sunrise in the background. I don't know why, but those ads have always made me giggle, even as a kid. I always wondered "Were people in the 1950s really that thrilled with....coffee?" Additionally, I also painted the 6 spots, on that white porcelain cup. I had to make sure to paint them irregularly and not try to turn it into a pattern which is my natural tendency. In order to be an indication of NF, a person must have at least 6 cafe au lait spots. Fewer than six means that the person probably just has a few birthmarks, more than six, and the person most likely has NF.
Posted by rmindrup at 8:51 PM