"Many Faces of NF" At University of Nebraska-Lincoln - May 2014

May is National NF Awareness month and once again, like last year, the University of Nebraska-Lincoln welcomed my work and exhibition into their Rotunda Gallery.

This year instead of five oil portraits I was able to exhibit ten portraits and include the accompanying biographies of each person depicted. I consider myself lucky that UNL offers this gallery space to me and plans to do so every May to help raise NF awareness. 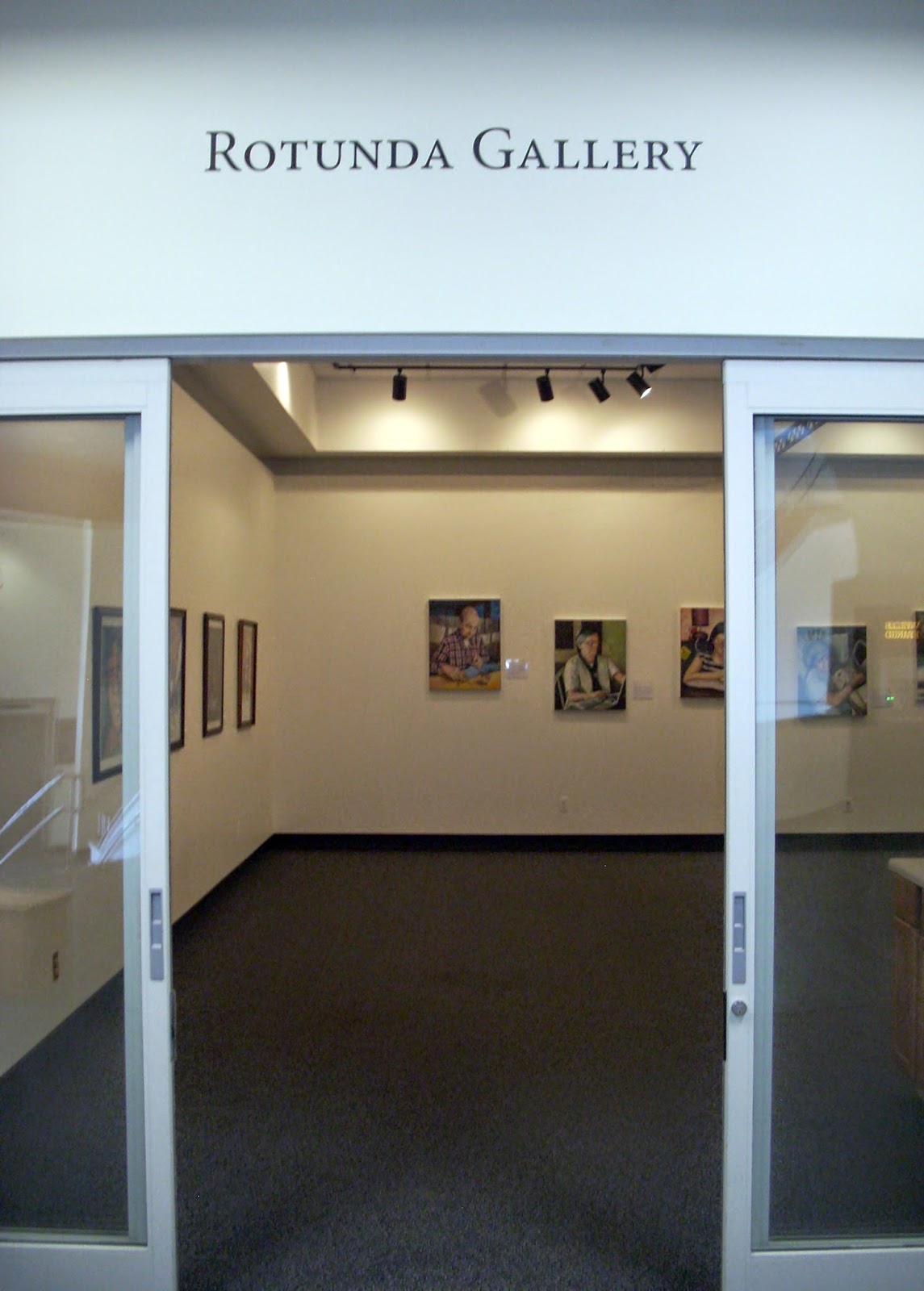 A few days after I installed the show, I just got a nice "thank you for painting neurofibromatosis portraits" message from a UNL 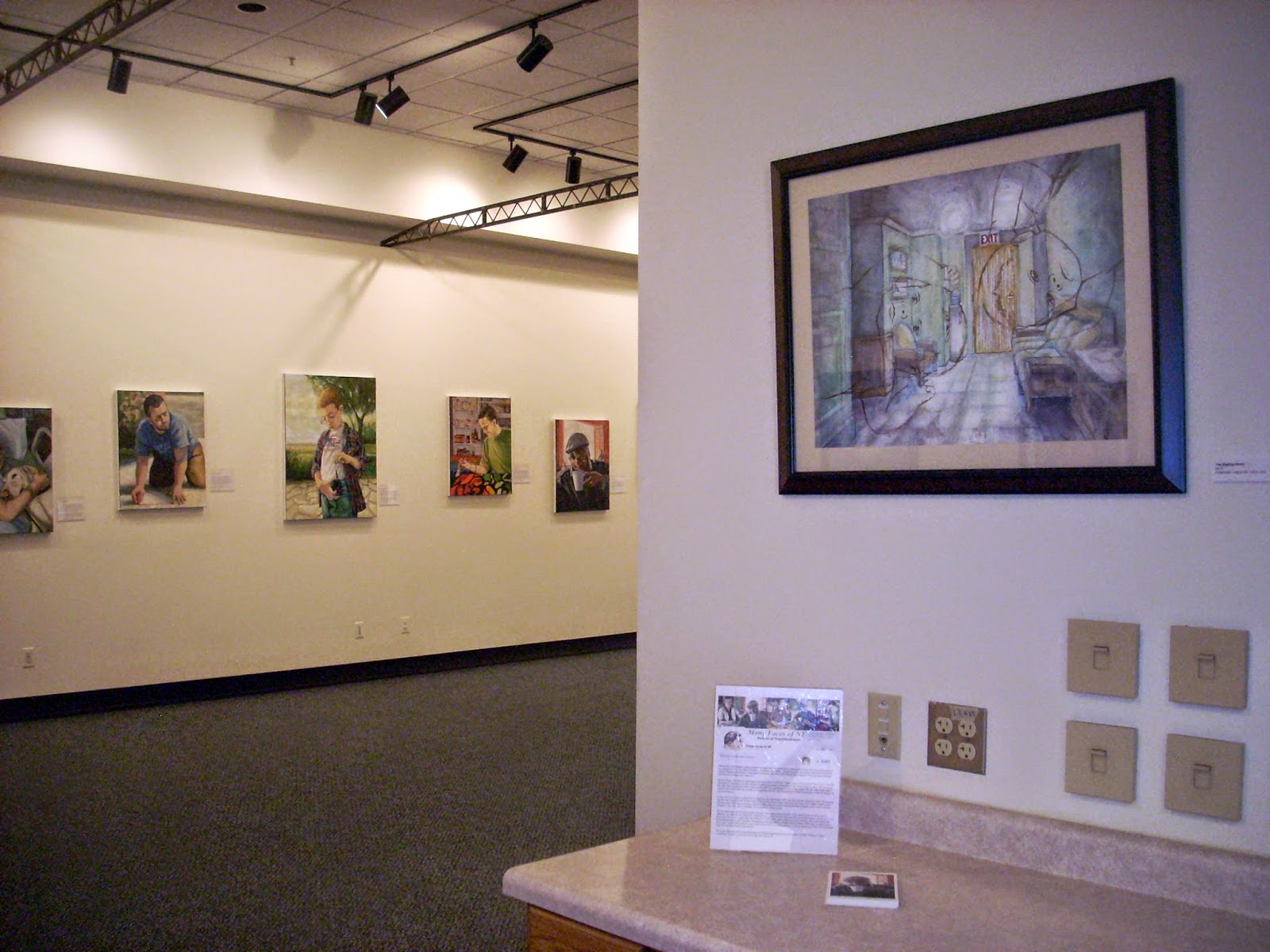 BFA student who informed me that her boyfriend has NF2 and had surgery when he was 5 to remove the tumor on his brain. He wasn't expected to live through it, but he did. NF is a constant presence in his life--just like it is for anyone who has been painted. It is always nice to get emails from people who have enjoyed my work. Not only does it let me know that people are, indeed, going into the gallery and looking at them, but it also takes quite a bit of initiative to enjoy a show and take the time to let the artist know about it. I appreciate that.

It was a happy coincidence that my son's fourth grade field trip to UNL coincided with the exhibition. In the morning, we visited Memorial Stadium (they let all the kids do the tunnel walk and run out onto the field) and then Morill Hall to view Archie the mammoth dinosaur.

Afterwards, my son's class got to eat lunch at the student union and view the paintings. Henry was on cloud nine. I didn't realize how many kids already have Ipads and digital cameras, so they took pictures of Henry by his painting. And then pictures of themselves with Henry and in some cases (and I found this funny) just simply pictures of Henry. Henry's teacher found that to be fairly amusing too. After viewing the works, we all walked to the Capitol for a tour of the building. 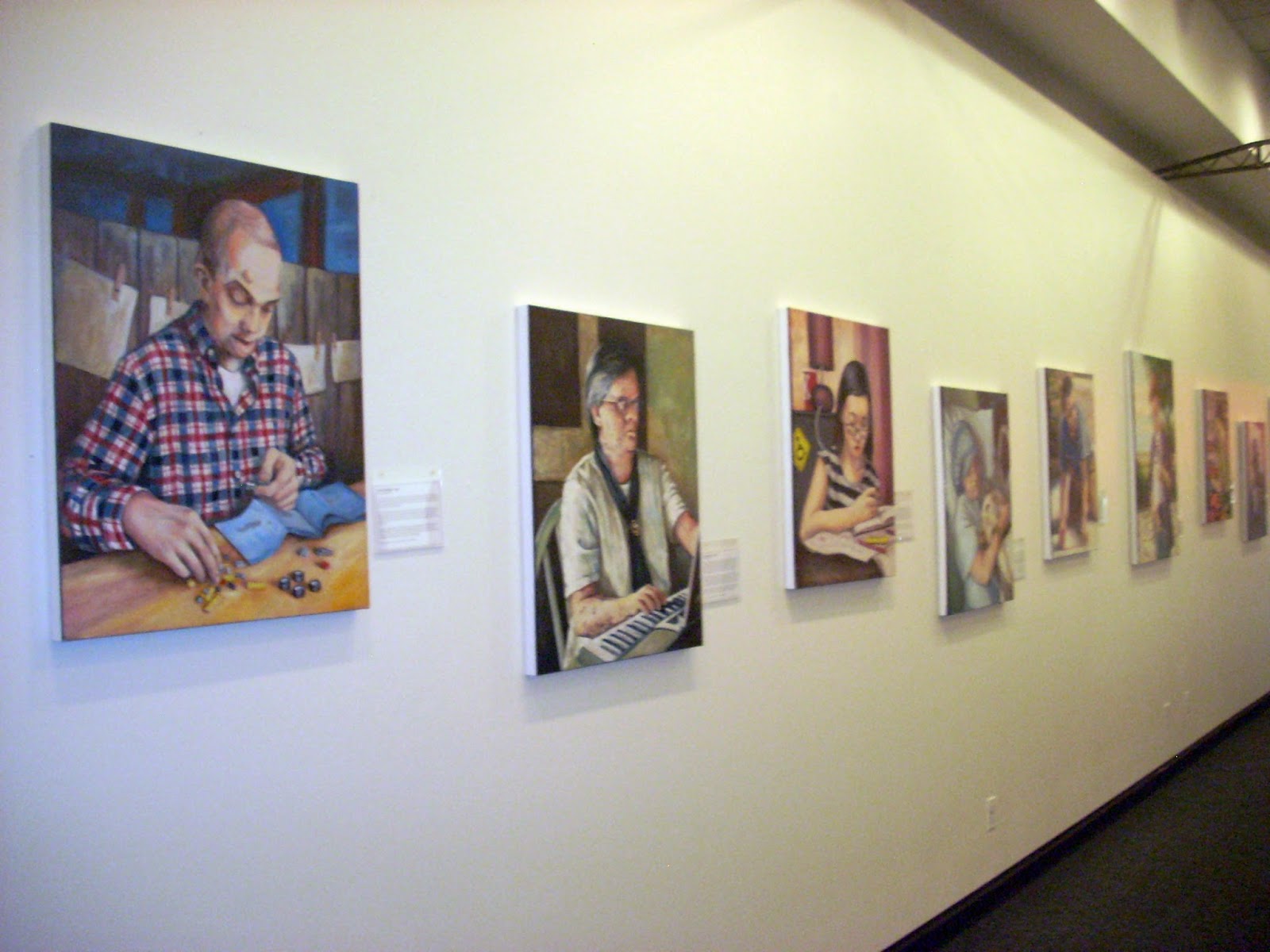 Interestingly, I had many kids let me know that while the other people in the paintings "looked" like there was something wrong with them, Henry was "normal". I pointed out the painting of "Jeff Painting a Canvas" and said "his tumors are on the inside, like Henry's". And, really, I think that is what is difficult about NF. It manifests itself so differently from person to person that there is no one diagnosis or set of symptoms, there is no characteristic trait that everyone with NF has. It is variable. It is unpredictable. It is also why there is no "face" of NF. It is why the paintings need to be viewed collectively, so people can begin to comprehend that NF can manifest itself into different ways.

While the kids were in the gallery, I did have one little boy who read the placard about Reggie and he came up to me and simply said "What they did to that man. That man drinking coffee. That is just mean." I was startled and touched at the same time. Startled that the fourth graders were actually reading placards and then touched that perhaps that painting and the story will stick with this young boy. I can only hope so.